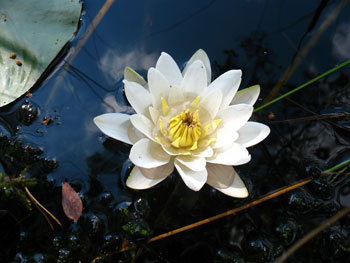 Faculty member Lena Struwe has been elected as a council member to the International Association of Plant Taxonomists (IAPT). This is a global organization uniting researchers in botanical systematics across the world. IAPT's mission is to educate and communicate about plant biodiversity worldwide, and to develop and maintain a stable (and scientifically correct) nomenclature of scientific names for plants, fungi, and some algae. In her work for IAPT, Lena plans to work for increased diversity in all aspects of IAPT's work, and strong support for educational and outreach activities to explain botanical systematics to the global citizenship. Every five years IAPT is part of the organization of a large International Botanical Congress, and the next one will be held in Shenzhen, China in 2017. Lena Struwe has also been invited to give a talk on the evolution of the coffee family order (Gentianales) at this conference.